There are different factors to be considered in the debate of Software developers vs Business Analysts.

Here is a brief comparison between a business analyst and developer, based on different factors and criteria.

I will allocate a winner and score to each section and tally it up at end of the article. This will enable us analyse and have a fair conclusion on which role is better.

Business Analysts and Software Developers/Engineers work collaboratively on a project but have different roles and responsibilities.

This will vary in different organizations but largely follow similar pattern.

Both developers and Business analysts are involved throughout these phases but in different capacities and in more areas than others.

During the planning phase, the business analyst’s role is to gather, understand and analyze the requirements as provided by the business or client. Developers are less involved at this stage.

In the design phase where the solutions are designed and architecture, software developers get more involved.

At the implementation phase, the software developers get to actually develop or code or program the solution. The Business Analyst continues to be available to clarify any requirements as they arise but is less involved in actual development.

During testing, Business Analysts are more involved as they validate the solution built by the developers against the business requirement. In some cases, this is handled by Software Testers.

During maintenance, developers are either developing and launching more improvements or fixing issues with the solution. These issues or improvement requests will usually come from the Business Analyst.

Business analysts are usually responsible for speaking with the business stakeholders, and conducting meetings, workshops, and interviews so they can understand and analyze the requirements.

Developers mostly spend their time understanding the requirements and building the actual solution.

If you prefer to collect the requirements by speaking with many people around the business then a Business Analyst role is better for you. If you would rather be the person to develop the solution, then a Software development career is for you.

I personally chose to be a Business Analyst after doing some software development classes at University and got frustrated trying to run codes and keep getting errors. I decided it wasn’t for me.

This section is a tie because both roles are involved in the lifecycle of the project but in different capacities.

Both developers and Business Analysts earn a good salary.

However, salaries vary by location, business industry, and experience level.

I have done the comparison using the job title software engineers as this fetches more salary data.

However, they are mostly used interchangeably to refer to the same role. There is an actual difference but that’s a discussion for a different article.

Business Analysts on the hand, while they have a great salary, the barrier to entry is much lower than becoming a software developer. Thus, the price of a Business Analyst will reduce over time.

There is also an argument that automation might reduce the value of software developers but that remains to be seen.

Essentially, the salary difference between both roles is minor however, I do think in the current job market, Software developers have the edge over Business Analysts in salaries.

According to this academic research, the top 5 factors that influence job satisfaction levels of employees are

For developers and Business Analysts, these factors will entirely depend on the organization they work, so it is hard to quantify this for everyone.

Generally speaking, this might also depend on the industry as well. Working in charity is going to be an entirely different experience from working in Finance.

Generally, Business Analysts are closer to the business and have a better connection with their managers, subordinates, and peers.

But the programmers and developers just have connections with their Business analysts upon initiating the project. They complete and report to the Business analyst themselves and have less contact with the higher officials of the company.

If you intend to join a company to build good relationships and be in the office culture, then Business Analysis might be a better job role.

That said, Glassdoor insights which rates job roles on a scale of five, rates both Business Analyst and Software development roles as 3.8

Reviews from 62,000 Business Analysts on glassdoor on over 20,000 companies testify to a collaborative and fun work environment and good salary compensation.

Similarly, reviews from 340,000 software engineers on over 64,000 companies testify to working on good projects, happy work environments, and collaborative colleagues.

This section is a tie as both Software engineers, and Business Analysts have equal Job satisfaction levels.

The scope of growth for both job roles is impressive as more and more organisations recognize the importance of digital transformation.

As a Business Analyst, you will get sufficient opportunities within your company to grow and be the head analyst to manage the entire team of juniors under you. You could also remain an individual contributor and consult for other businesses.

As a software engineer, you can be an individual contributor, master some languages, and build your own software solution.

Software engineers clearly have an edge when it comes to the scope of growth.

As a Business Analyst, the content of your work is documentation and analysis. It’s the clear requirements you are able to gather and translate to the Software developers.

The clearer your requirements, the better the solution built.

As a Software Engineer, the content of your work are the codes behind the solution: the actual solution, software, or product.

However, when we look at the value of the content of work, we can say a software developer can build a solution that he/she could take into the marketplace and sell for economic value.

And there is the actual marketplace for software solutions like Codecanyon and ProductHunt.

But Business Analysts cannot sell their requirements in the open marketplace.

As a Business Analyst, my satisfaction comes when a developer has accurately translated by requirements into a functioning product or solution.

Which Is Better- Business Analyst or Developer?

Business Analysts and Software Developers have important roles to play in the entire software development cycle. Both are incomplete without one another.

In this article, we looked at different important areas that make a career worthwhile to any individual, backed up by research;

Both careers have important roles and responsibilities in the project lifecycle. Software developers earn more than Business Analysts in most regions.

This is just an indication to try objectively comparing both careers based on facts.

The question of which is better is entirely down to your preference, skillset, and willingness to learn.

Your ability to write computer codes and build software will become a more valuable skill set as our world is taken over by computers.

These are the vital factors that explain the proficiency of both business analysts and software developers. So, if you are in a dilemma in choosing your career path, make sure you take deep checks on all of the factors mentioned above. Upon that, you will better decide which profession would benefit you the most! 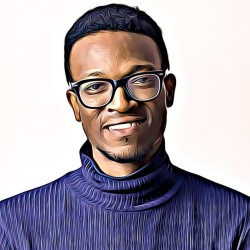 Patrick is passionate about supporting other professionals to find success in their chosen career paths. So far, he has successfully navigated four career transitions and is currently a Product Manager Consultant helping businesses build products their customers love.